Scrapy Tutorial #4: How To Install Scrapy On Windows

This is the #4 post of my Scrapy Tutorial Series, in this Scrapy tutorial, I will talk about how to install scrapy on Windows. You can use this guide helps you install Scrapy on Win 7, Win 8 or Win 10.

The python version of your env we usually talk about is the version number of the Python interpreter.

If you do not have a solid reason to use python 2, just embrace Python 3, which is the present and future of python. In this tutorial, we would use python3 as our python version, so I would show you steps how to install Scrapy on Windows with Python3. If you still prefer python2, just remember to modify the command

First, go to home page of anaconda to download anaconda. Remember to choose the right version based on the platform and python version. Here we need to download the version which is for windows and Python 3. 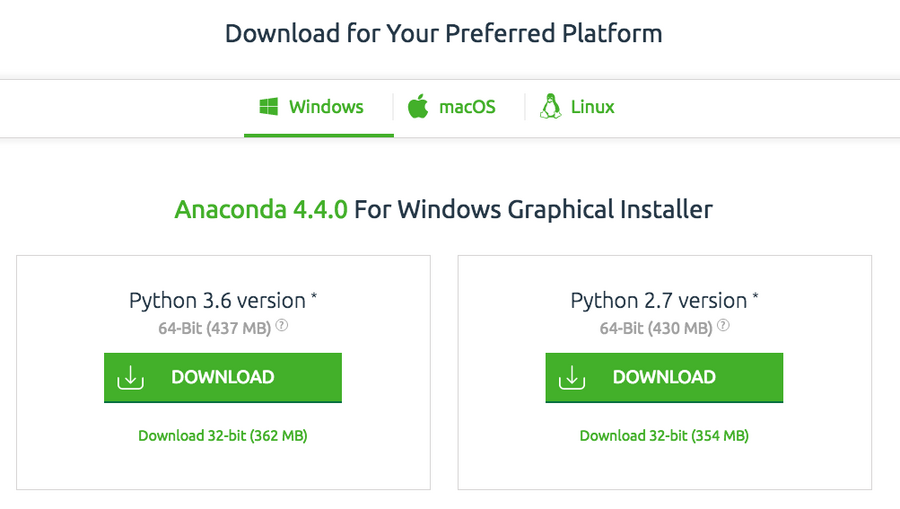 All settings can stay with the default, after the installation end, click Start menu/Anaconda/Acaconda Prompt to enter the prompt, we can check the python version here. 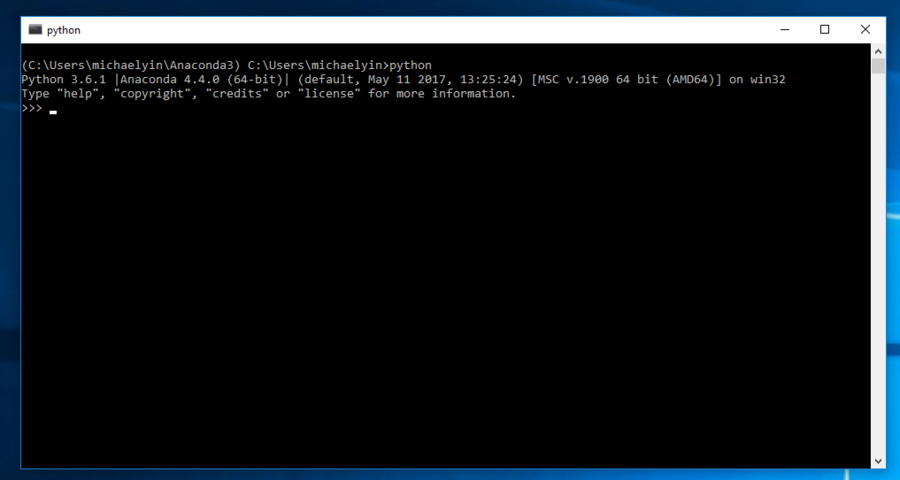 As you can see, now python3 has been installed on your Windows, if you are in python shell, you should type exit() or press Ctrl + d to exit the shell. next, we will install Scrapy. Anaconda has a command to help you get this job done quickly. 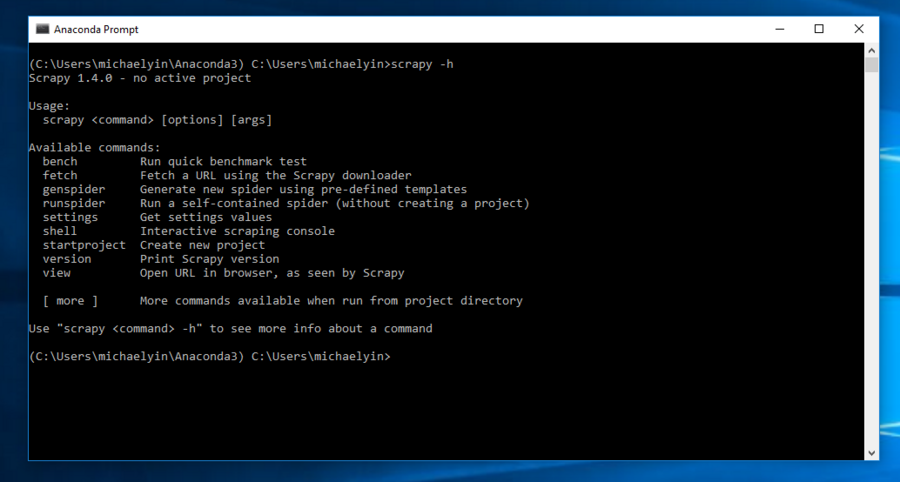 Now scrapy has been successfully installed. If you want to create a Python 2 environment to run Scrapy, you can also check this official doc

Some notes about install Scrapy on Windows